Home » What I Didn’t Expect to Read

What I Didn’t Expect to Read 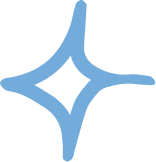 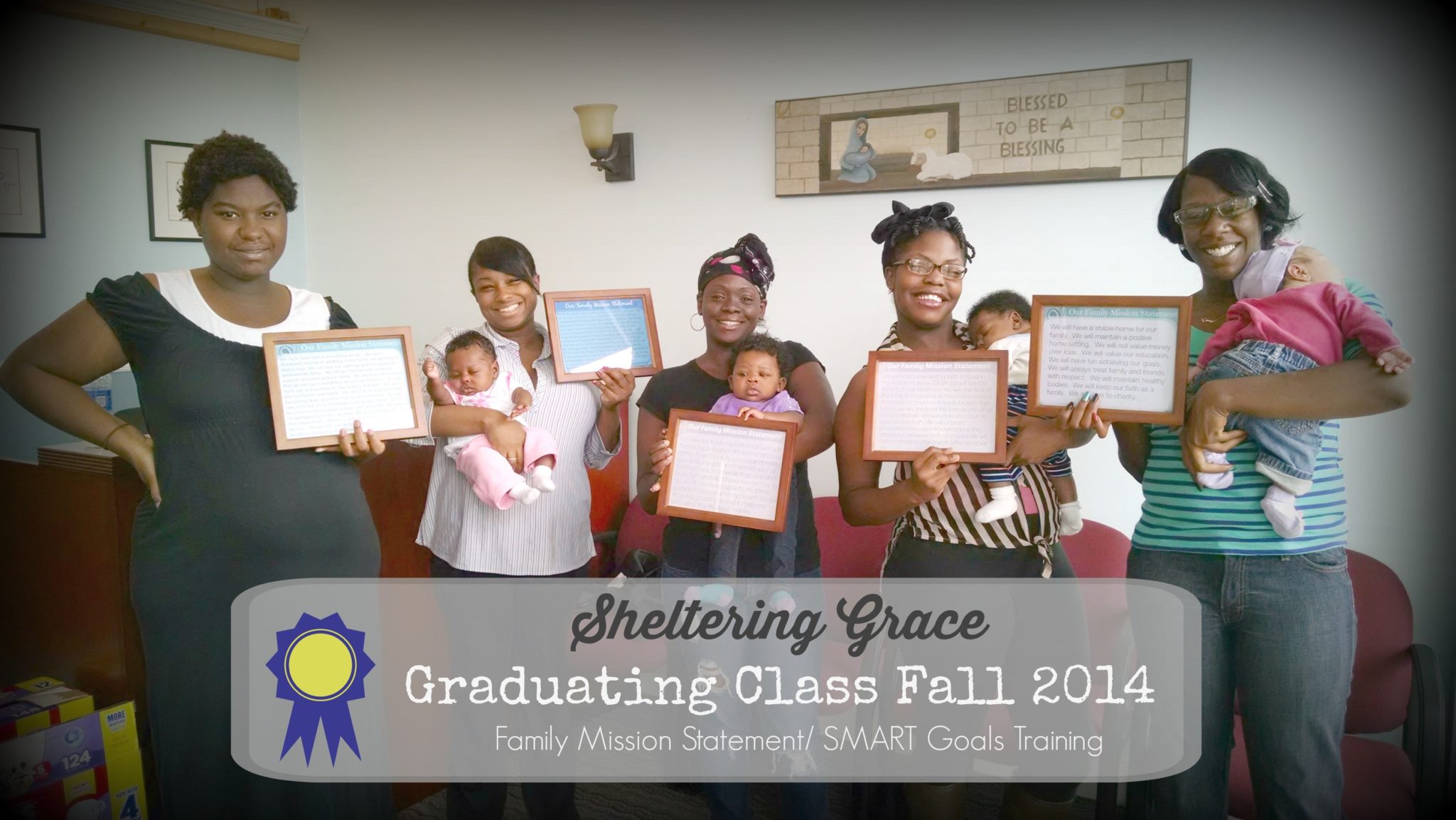 Will you #Be1of5000 Partners to Help us Help Homeless Pregnant Women and infants?

What I Didn’t Expect to Read

As I opened the conference room door on that hot September day, I wasn’t exactly sure what I would find this round.  I had heard there had been quite a baby boom the months previous, so I expected to see lots of little arms and legs with rubber band wrists and ankles (what a treat), but I knew nothing about the mothers; their ages, whether or not they had jobs or school or other children, if the dad was in the picture- nothing.

They were right about the babies- there were car seats and baby carriers and bottles strewn across the floor and table, and lots of bouncy motions by loving mothers trying to buy themselves another hour of sitting in the same place.

“Hi Miss Courtney,” a couple of the women said, before I introduced myself.

“Hi ladies!  How is everyone feeling?”  I asked.

They all gave various positive, polite responses- they were so nice.  The one woman in the room who had not yet had her baby looked like she was ready to have it last week.  I said, “No really, is anyone tired?”

An overwhelming, “Uh- huh!”  That was more like it.  We were ready to begin our work.

Over the next hour, we talked about what mission statements are, how they are used in business and other organizations, and how valuable they can be for families, especially families that are just starting off.  What better time to declare what is truly important to your family than when you are just starting it, right?

I got a few head-nods, more polite responses, and then I said the phrase that I’d found to have the biggest impact during the previous sessions with the Sheltering Grace women:

And you could just see it- the light going on in so many of them- as this perspective they had never considered before took root and went to work.  It is nothing short of glorious to witness.

I then went through the steps of how to write a Family Mission Statement, starting with how to articulate one’s Family’s Core Values by category (Faith, Marriage, Immediate Family, Education, Money, Work, Health, Extended Family/ Friends, Fun, Charity, Home).  I instructed the women to write sentences that describe how they want their families to handle each of the categories, starting with “We want to…” or “We will…” or “We won’t…”

I walked around the room to help anyone who got stuck or had questions.  One woman had the other sections filled out but left the “Marriage” section blank.  I quietly pointed to it and motioned, “What about this one?”

“Oh no.  Nope,” she replied.  I knew this was a tough category for many of the women, because those in the previous sessions had said similar things.

I said, “You don’t have to make a statement about how your love life has gone up till now.  This is your chance to say what you ideally think marriage should be like.  It’s how you want your kids to view marriage.  It’s up to you either way, but just know you don’t have to skip this section based on your present marital status.”

The women then went back and ranked their Family Core Values by which were most important to their family, down to those that were least important.  Those statements that didn’t really apply could get cut altogether.

Then the women wrote the sentences in the ranked order, in paragraph format. And that was it- viola– their very own Family Mission Statements!   It think at that point they oohed and ahhed mostly because they knew I wasn’t going to ask them to do any more brain-work that session (which would have been more than understandable, especially since many of them had slept less than four hours the night previous).

And this is when my favorite part of the entire training comes in: when I get to see what the women came up with, and read word for word what God put in their heart.  And I am always amazed – AMAZED at what they write.

These women, some of whom haven’t finished school, some of whom have spent portions of their lives homeless, have crafted the most loving, eloquent, sincere thoughts and hopes for their families into their Mission Statements.  As I’ve read them, I’ve often had to remind myself who the authors are, especially given what many of them have gone through in their lives.  You’d never know it by what they wrote.

As I was finishing typing out this particular group’s Mission Statements, feeling so humbled and blessed at being able to read these, I got to the last one, written by the woman who skipped the “Marriage” section in the training.  She wrote what might be the most profound, hopeful statement I’ve seen regarding man-and-wife in all of the Mission Statement trainings I’ve conducted at Sheltering Grace.  She wrote, simply:

“I hope to get a good husband to help me with all this, in Jesus’ name.”

For with God, all things are possible, indeed. 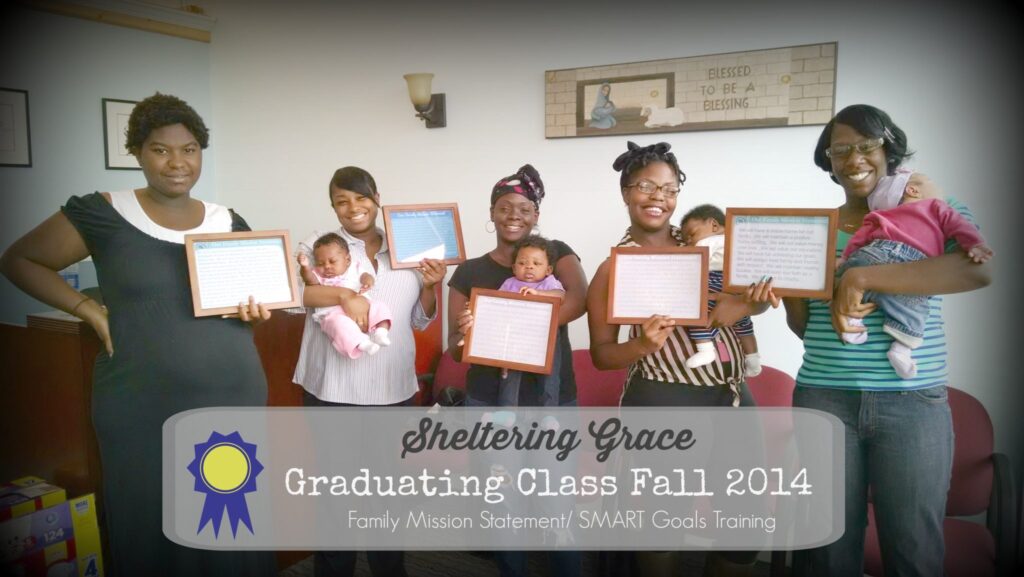 Giving Tuesday: An Inspiration for Continued Giving and Kindness

“True generosity is an offering; given freely and out of pure love. No strings attached. No expectations. Time and love are the most valuable possession 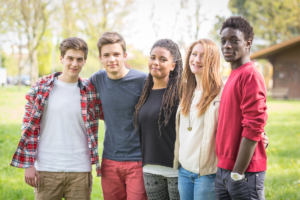 Making a Difference for Homeless Youth

“The test of our progress is not whether we add more to the abundance of those who have much; it is whether we provide enough

Making Others Happy – The Ultimate Act of Kindness

“Love and kindness are never wasted. They always make a difference. They bless the one who receives them, and they bless you, the giver.” —Barbara

Sheltering Grace Ministry, Ltd. is a 501(c)3 nonprofit ministry headquartered in Marietta, GA that was founded in response to the alarming number of homeless pregnant women in the Atlanta Metro area.

Our goal is to #breakthecycle that leads to homelessness and its resulting effects.

Keep up to date with what is going on in our community.  Help us help those who are less fortunate get a chance to make a better life for themselves and their children.